Historical success: The first Cinereous Vulture chick in the 21st century in nature in Bulgaria successfully fledged in Kotel Mountain.

Twenty-eight years after the last nesting and 36 years after the species was officially declared extinct in the country (Red Data Book of Bulgaria, Volume 2), the Cinereous Vulture is again successfully nesting in Bulgaria.

Yesterday, October 1st 2021, exactly 145 days after hatching on May 10, the first successfully bred in the wild in Bulgaria Cinereous Vulture did fledge. This is the moment when the breeding season for his parents is considered to have ended successfully and marks the historic event for the return of the species to the Bulgarian fauna. Although three pairs have laid eggs in Balkan Mountain in Bulgaria in 2021, only one successfully raised a chick, which could be attributed to the inexperience of the young parents.

When it was tagged with rings and a satellite transmitter in the nest on July 25 2021, the young vulture was named Michev-Boev after the two Bulgarian ornithologists and conservationists Tanyu Michev and Nikolay Boev. Back in 1980, their studies have shown that the species is no longer breeding in the country, therefore they proposed its restoration by importing birds from abroad and release into the wild in Bulgaria. Although they did not live to see the realization of the idea, Michev and Boev inspired a generation of environmentalists, who worked purposefully to achieve this success.
Today, the Cinereous Vulture breeds in only two countries in the Balkans - Greece and now Bulgaria, and only in five in the European Union – plus Spain, Portugal and France.

The historic success was made possible by the joint complex and long-term efforts of several local and international organizations - the Green Balkans, the Fund for wild flora and Fauna, the Birds of Prey Protection Society (Bulgaria), the Vulture Conservation Foundation (Netherlands), Euronatur (Germany), the Government of Extremadura (Spain) and through financial support under the EU LIFE program within the project "Bright Future for the Black Vulture" LIFE14NAT/BG/649.

The activities for the reintroduction of the Black Vulture are implemented within:

And are supported by: 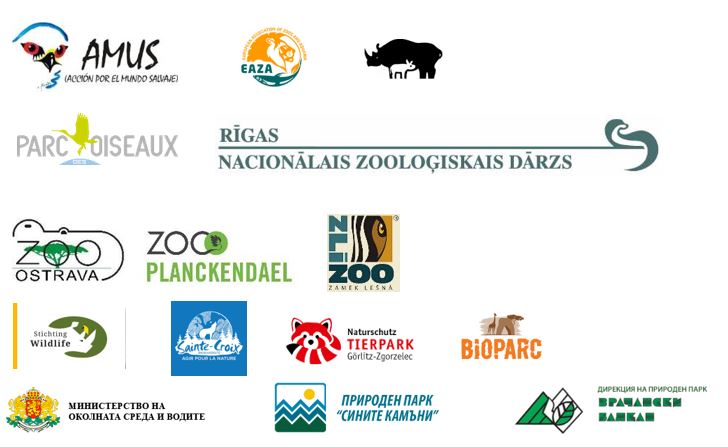 The artificial platforms, home to the wild Lesser kestrels in Levka, have been cleaned and tidied up in anticipation of spring

The Great Journey of the Young Imperial Eagle Musala

Nature Academy, part of the training of future zoo engineers from the Agricultural University