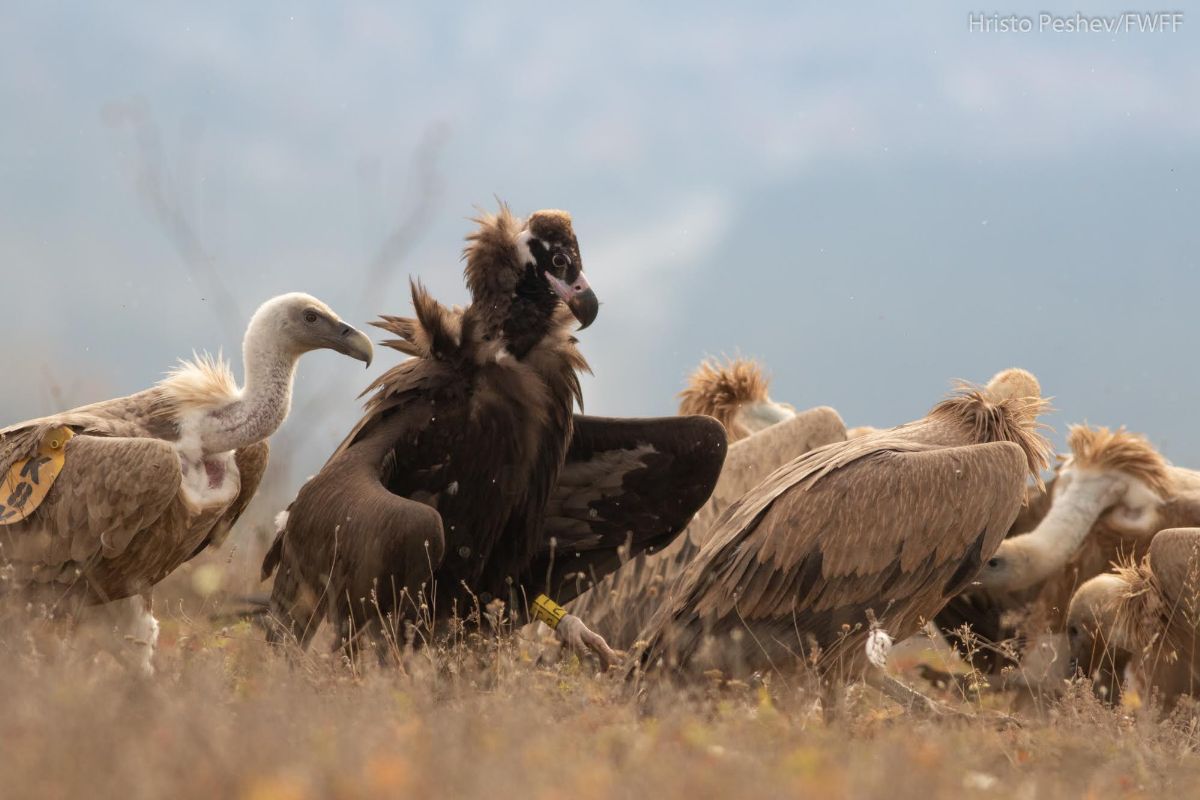 Bright Future for Black Vulture LIFE14 NAT/BG/649 is a project, uniting the efforts of five main partners from four European countries – Green Balkans Federation of Nature Conservation NGOs and the Fund for Wild Flora and Fauna (FWFF) from Bulgaria, the Vulture Conservation Foundation (VCF) from Netherlands, Junta de Extremadura from Spain and Euronatur from Germany.

It follows the tremendous success of the Vultures Return in Bulgaria LIFE08 NAT/BG/278 which has lead to the successful restoration of Griffon Vulture as a nesting species in the Balkan Mountains of Bulgaria, after the species has been considered extinct for over 70 years. Inspired and motivated by this success, the team has developed a continuation project with the first practical steps towards the reintroduction of Black Vulture, also considered extinct as nesting species in Bulgaria since 1992.
The project provides for facilitating the return of Black Vulture to Bulgaria through back-stopping European expertise, improving the conditions, limiting threats and elaborating national capacities.
The ultimate aim of the project is to establish a nesting population of Black Vulture in Bulgaria, in order to restore the connections between the sub-populations of the species on the Balkans (Greece) and Crimea and to these in the Alps and the Iberian Peninsula, facilitating the re-creation of a much more sustainable Pan-European population.