Awareness leaflet on conservation of the White stork

Few people know that one of the most frequent causes for death of the juvenile storks are plastic strings used by people in the rural areas and quite often dumped at the field or gardens.

In the Green Balkans Wildlife Rescue Centre every year tens of juveniles are brought with crippled limbs while in storks’ nests experts regularly find dead bodies entangled in plastic strings.

That’s why by leaving redundant plastic strings in the fields we are becoming unintentional cause for death of White storks.

The leaflet is developed within the framework of project “NatuRegio – Nature conservation and Regional development in Romania and Bulgaria” funded by German foundations DBU and Alfred Toepfer Stiftung.

For additional information about the project and its activities:
Dimitar Popov – Green Balkans NGO
dpopov@greenbalkans.org 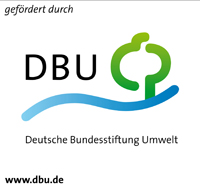 On the initiative of Wurt Electronic IBE BG EOOD in Belozem, Green Balkans presented the protection of white storks and their habitats

We awarded the most active volunteers for 2022 among the students of Trakia University!

Project "Life for Lesser Kestrel" LIFE19 NAT/BG/001017 issued a veterinary medical handbook for the rehabilitation of kestrels and some other species of falcons and hawks!

The artificial platforms, home to the wild Lesser kestrels in Levka, have been cleaned and tidied up in anticipation of spring

"Life for Falcons" was presented at a seminar of LRS-Razgrad

Students from Trakia University visited the Green Balkans Rescue Center, as part of an event organized by the University's VetSim Simulation Center