The basic threats of Red-breasted Geese are poaching, disturbance, loss of habitats and loss of feeding grounds.

Very important factor for the geese is the availability of wetlands – lakes, swamps, rivers, etc., which they can rest at night and drink water. Unfortunately during the previous century more than 50% of wetlands worldwide were destroyed by human activity. This incredible loss has inevitably influenced the Red-breasted geese.
Another problem for the geese is the loss of feeding grounds. When the agricultural crops are not appropriate food for the geese (as the case with cotton plantations) they are forced to wander in search of food.

For sure among the biggest threats for the Red-breasted Geese is poaching. Although the species is forbidden for hunting in most countries in which it has been observed, there are still cases of directly killed geese. The Red-breasted geese fly in mixed flocks with the Greater White-fronted Geese and often become victims of the hunters which shoot at the flocks.

Undoubtedly the biggest problem is disturbance. When hunting grounds coincide with  the wintering grounds of the geese, the birds are extremely stressed. Even though in most cases the hunters do not shoot directly at the Rd-breasted geese the birds got stressed and constantly fly. This does not give them a chance to rest and feed peacefully. This way it is hard for them to accumulate enough energy for the long spring migration flight back to the tundra.

The work of Green Balkans NGO related to the Red-breasted Geese is focused mainly on the conservation of the species and its wintering habitats – foraging and roosting areas. The aim is to establish a “safety zone”, where the birds can roost and feed undisturbed, and where no poaching is possible. 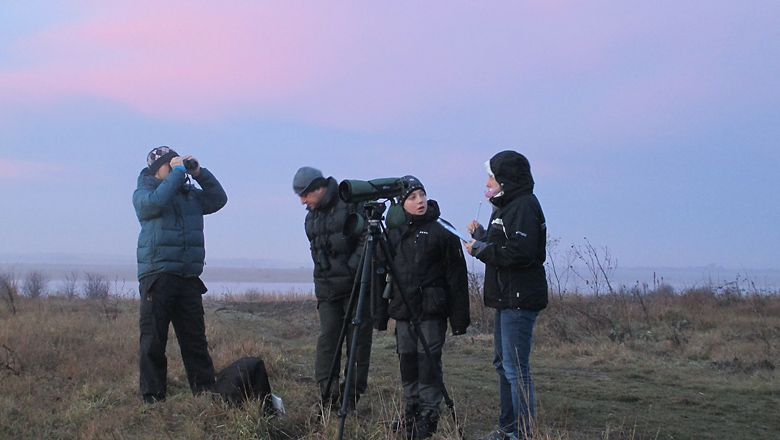 In this regard, an innovative approach has been undertaken – namely, purchase of lands by Green Balkans, as these are areas of significance for wintering birds. 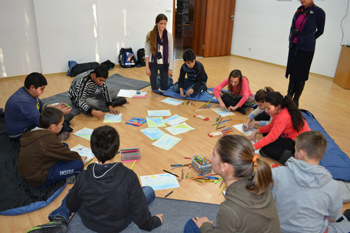